The challenge was the following:

Given a “morse” code following the rule describe on the image below:

You will be given a “word” made of up to three symbols. Some symbols may be missing and replaced with a question mark “?”. You have to determine all possible letters matching the word. For instance, if given “?”, the program should return “[‘E’, ‘T’]”. For the input word “.?”, it should return “[‘I’, ‘A’]”.

Wow wow wow. That was my first reaction. Then I thought of the work I have been doing on graphs for the past few weeks and the following idea came to my mind.

Exploring the graph with no missing letter

With this graph structure, you can see that, for instance, “..” corresponds to “None POINT ‘E’ POINT ‘I’” = ‘I’. Let’s write the corresponding code to “read” the graph:

Code that can be tested with:

Here is a picture illustrating what is going on: 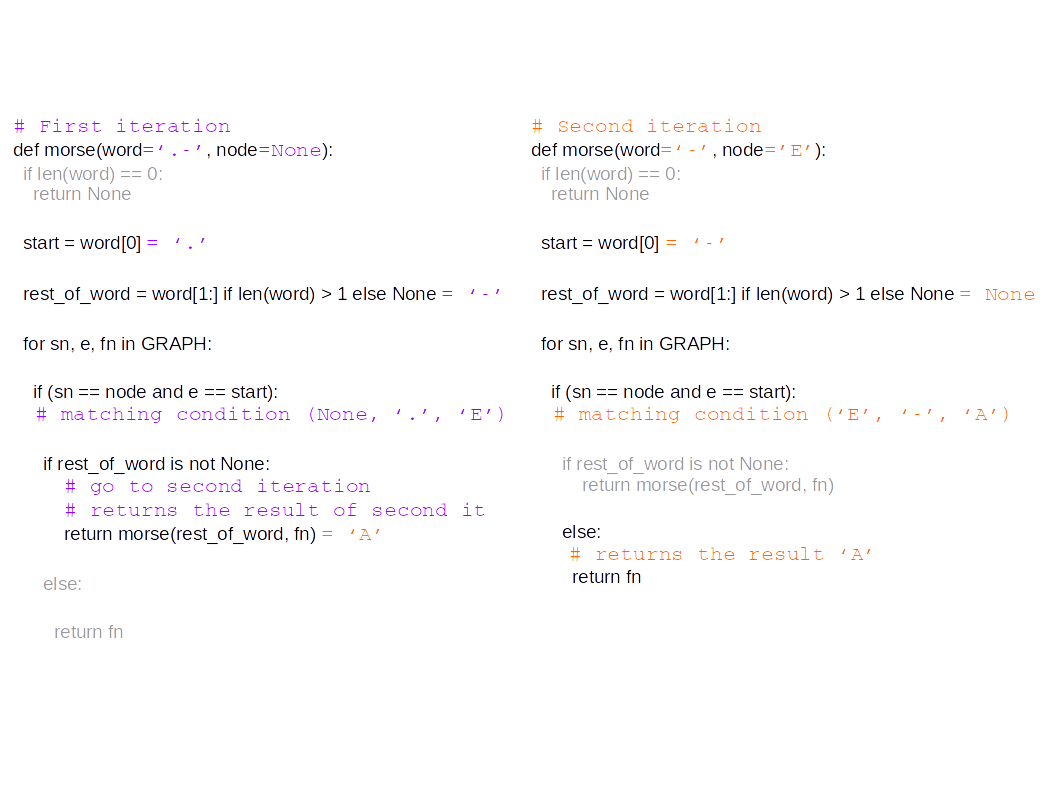 Our code should now return a list of possiblities instead of a single letter. Here are the changes to the previous version in order to make it work:

And, as usual, an example usage of this function: